If you need to import data from another Google Sheet into the one you are currently working on, you may be wondering how to do this.

In other spreadsheet programs like Excel, it’s easy to import a workbook that exists on your computer into your spreadsheet, but in Google Sheets, the process is a little bit different.

In Google Sheets, you have to use the IMPORTRANGE function to pull data from another file.

In this tutorial, I will show you how to use the IMPORTRANGE function in Google Sheets.

What is the IMPORTRANGE Function?

IMPORTRANGE is a function in Google sheets that will import a range of cells from another spreadsheet.

If you are working on a spreadsheet, and you need to pull data from another file, IMPORTRANGE will help you do this.

The syntax of IMPORTRANGE is:

One important thing to note as that when using the IMPORTRANGE function you will have to grant permission for the spreadsheet to have access to another spreadsheet. When using this function Google Sheets will ask you for permission to link the sheets

Now that I have shown you the basic syntax of this formula, I will show you how to use it by walking you through an example.

1. In this example, I am going to import the table below into a new file. So the first thing you want to do is open the file that contains that data you want to import 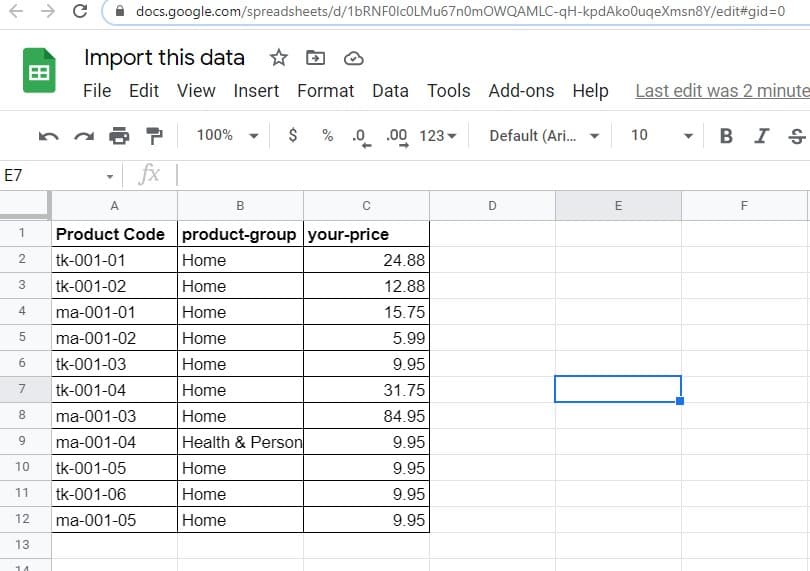 2. Next you need to copy the URL of the workbook that you want imported. You can either copy the entire URL, or you can copy just copy the workbook key in the middle section. Right-click and copy or press CTRL + C on your keyboard.

4. Next paste the URL that you copied in step 2. You can either right-click and select Paste or press CTRL + V on your keyboard. Make sure to put your URL is inside quotation marks by placing one at the beginning and ending like in the below example. Add a comma when you are done with this step

5. Next you need to add the range of data that you are importing. Make sure this range is also inside quotation marks. In my example, I am using “Sheet1!:A:C” as the second parameter in my function since I am importing the table that exists on Sheet1 in the cell range of A:C. When you are done with this step add your closing parenthesis “)” and press Enter to calculate the function

6. If these sheets have never been connected before you will get a #REF error. Click on the cell and you should see a prompt asking you whether or not you want to connect these sheets. Select Allow access

7. You should now see the range of data that you are importing in your file 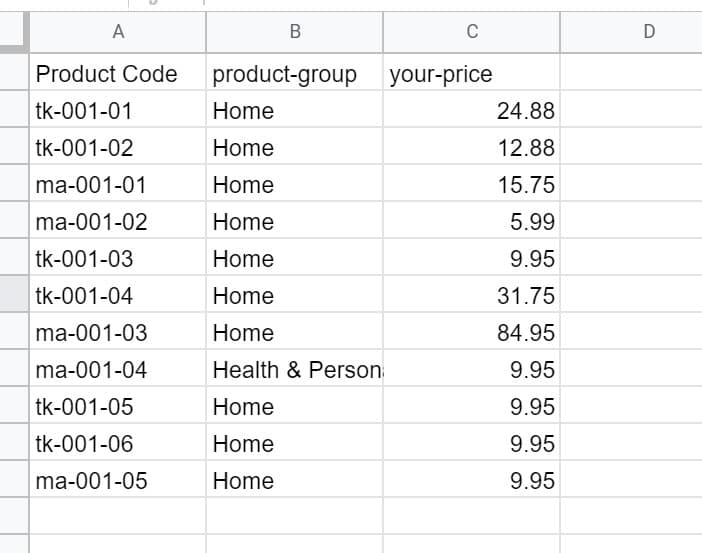 If you want to import data from multiple sheets in one column, there is a clever way to do this by using IMPORTRANGE and creating a vertical array with the data.

Let’s say that I have data that exists on two sheets. I can use two IMPORTRANGE functions by wrapping them in array brackets “{}” to import data from both sheets. In sheet 1, I will import the range from A1:A12, and in sheet2 I will import from A1:50.

This method also works for importing data from multiple workbooks, just change the spreadsheet URL to the appropriate workbook if you need to import from different files.

The IMPORTRANGE function is incredibly useful when you need to use data that exists in another workbook.