When working in Google Sheets there may be times where you want to show the normal distribution for a dataset.

One great way to do that is to make a bell curve.

In this tutorial, I will show you how to make a bell curve in Google Sheets.

What is a Bell Curve?

A bell curve (also called normal distribution) is a type of distribution for a variable that is commonly used in statistics and for analyzing financial data.

This is a type of distribution that occurs naturally in many situations where the graph is a symmetrical bell-shaped curve (which is why it’s called a bell curve).

The highest point of a bell curve shows the mean, mode, and median of the data, which is where most of the data points cluster.

The width of the curve shows the standard deviation around the mean.

To make a bell curve in Google Sheets, we need to calculate a few data points to plot the graph with.

This is what we need:

This is the data that I will be using to make my bell curve:

The data contains test scores for various students. I will use this data to calculate each of the data points for our normal distribution graph.

The first thing I am going to do is add 6 new columns to my spreadsheet.

The six new columns will be:

Here is what this looks like in my spreadsheet:

Now we will calculate each of these data points.

To calculate the average we will use the AVERAGE function and place our data range inside the function: 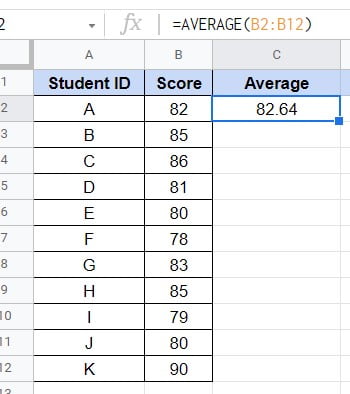 The formula I have used in this example is:

The next thing we need to calculate is the standard deviation. There are two different functions you can use for this: STDEV.P and STDEV.S

In my example, I have all of the test scores in my spreadsheet so I will use STDEV.P since I have the entire population to calculate the standard deviation from.

The formula that I have used for this is

Here is the minus 3x standard deviation: 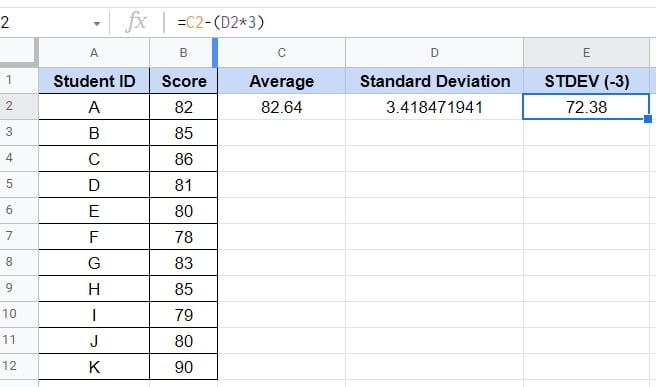 The exact formula I have used is:

Next, I will add the formula to calculate the average +3x the standard deviation:

The formula I have used for this is:

Next, we will use the SEQUENCE function to show the entire sequence of numbers for the test scores.

The formula for calculating the sequence in this scenario is:

Here is how this looks in my spreadsheet: 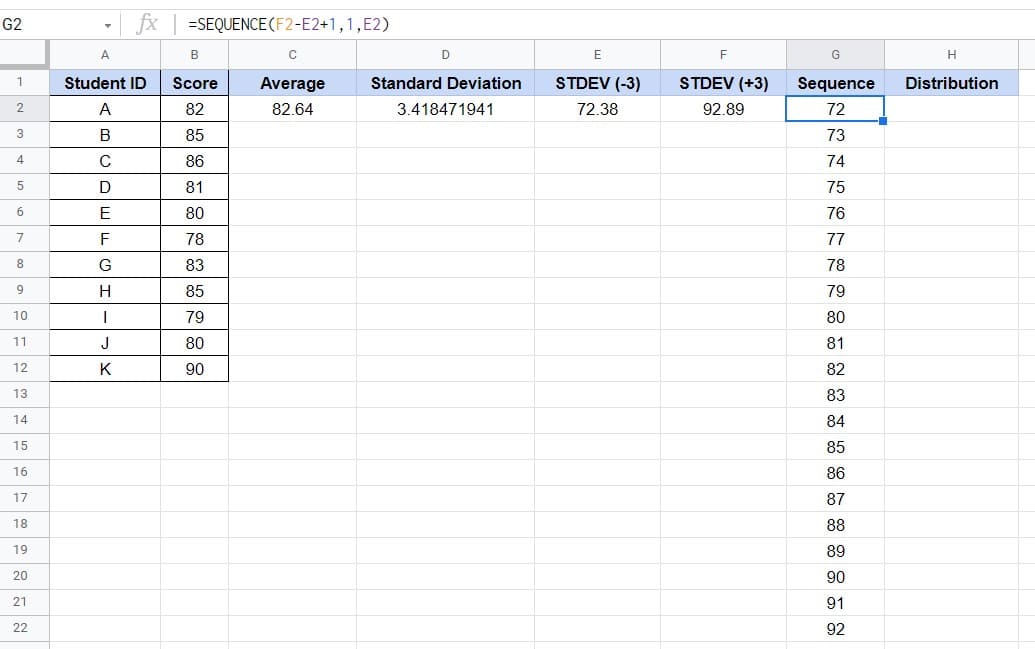 The exact formula in my spreadsheet is:

The last column that we need to calculate is the distribution. We will use the NORM.DIST along with ARRAYFORMULA to calculate this.

The formula we will use for this is:

In my spreadsheet the exact formula would be: 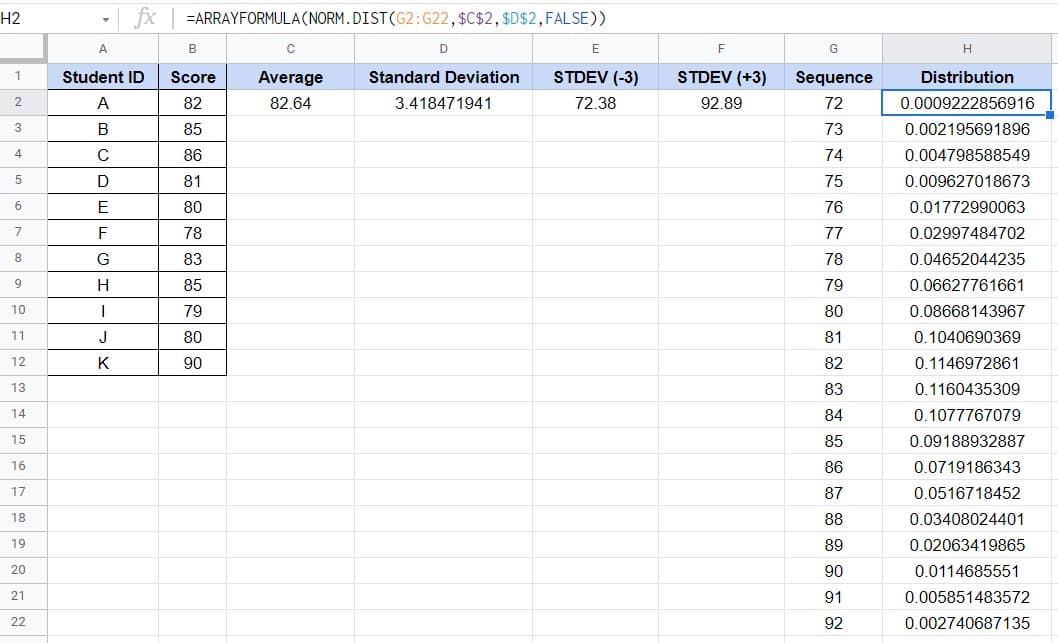 Now that we have all of this calculated, we can use it to create the bell curve.

Here are the steps:

1. First highlight the data in your sequence and distribution columns

2. Then select in the Insert chart button or in the top menu select Insert>Chart

3. In the Chart editor, change the chart type to a Smooth line chart 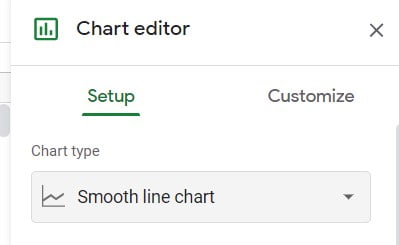 4. You will now have a bell curve graph showing in your spreadsheet 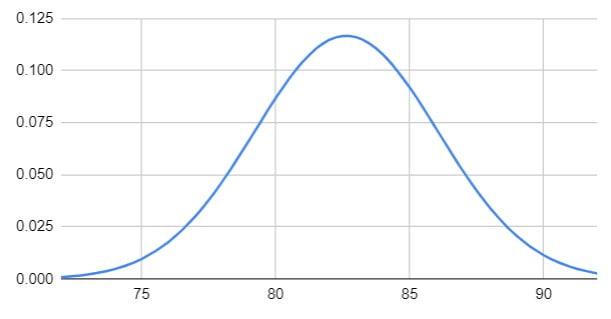 One thing to pay attention to with this graph is the size of the curve.

Hopefully, you found this tutorial helpful!